A group of people with disabilities sitting on an access and equity committee must negotiate and endure the breathtaking stupidity, incompetence and insensitivity of Melody, the newly appointed chair.

Five emerging writers with disabilities were selected to collaborate with two mentoring writers, Zoë Harvey and Peter Neale, to produce a series of seven scripts of approximately eight to ten minutes each, to a standard high enough to pitch to a television network/online streamer. The result is “The Committee” – a seven part short form comedy-drama series for broadcast/online.

I’m an independent filmmaker who started at the ABC in light entertainment and children’s programming and later began writing, producing and directing my own projects, while working freelance in advertising, corporate production and e-learning. Since 2011 I’ve done a lot of work in the area of disability, making community announcements, case studies, short docos, short films and music video. I have a Post Graduate in Film & TV Production from VCA and an undergrad from GRIFFITH UNI.  In 2014 two disability projects; short drama, ONE IN 5 and short documentary, INGRID’S BIG JUMP! screened at festivals in Los Angeles and New York respectively. In 2014 I collaborated with Peter Neale to write GAME ON, a science fiction short drama with a team of emerging writers with disability. More recently Peter and I teamed up again, this time working with five writers with disability on THE COMMITTEE, a short form comedy-drama series for broadcast/online.

I’ve been a television scriptwriter, script editor and teacher for over 25 years. I’ve won two AUSTRALIAN WRITERS GUILD AWARDS (AWGIES) and been nominated for another. My work has been screened in over 40 countries. I’ve written and script edited serials, series, children’s programs, telemovies and documentaries. I also worked as a script editor on a number of feature films notably, CHOPPER (2000). I was also a lecturer in scriptwriting at the AUSTRALIAN FILM, TELEVISION AND RADIO SCHOOL (AFTRS) for many years. Recent activities include script editing a number of projects and teaching workshops at CHARLES STURT UNIVERSITY in Wagga—a joint initiative between ARTS NSW and SCREEN NSW. I was Head Writer on a recent science fiction short film Torrid Films produced called GAME ON.

Series scripts were assessed by Tim Pye, veteran writer and editor, at a crucial stage in the writing process following which, further polishes were made by each writer of their designated episode. The first three episodes (totalling the first 30 mins of the series) were later submitted to the AWG LOL (Australian Writers’ Guild Laugh Out Loud) national competition and made the long list of 17 projects from a field of 350 entries.

to date, support and seed funding has been gratefully received by the following agencies

This project has been auspiced by the Information and Cultural Exchange (ICE) Inc.

This initiative is supported by the NSW Government through the Lifetime Care and Support Authority and Arts NSW.

This program (The Committee) is supported by devolved funding administered by Accessible Arts (AARTS) on behalf of the Lifetime Care and Support Authority (LTCSA). 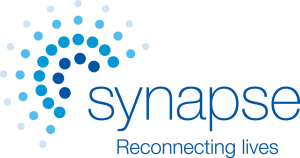 We’d like to thank Synapse for their in-kind support of this initiative.